“Binge-watching”—the popular term for watching multiple episodes of a TV show in succession—has become part of our lingo, thanks to rerun marathons on TV and the rise of streaming media platforms, many of which began releasing entire seasons at a time. And with the onset of COVID in 2020, the practice saw an exponential increase. According to an international study published by the National Center for Biotechnology Information, 73.7% of respondents reported that their amount of binge-watching increased substantially during the pandemic.

What is Telehealth and How Will it Change the Future of Healthcare?

The current pandemic has been a once-in-a-century health crisis, upending lives and livelihoods worldwide. With the need for safe access to healthcare during the crisis came a renewed focus on an emerging phenomenon: telehealth, or the use of the internet to provide quality care at a distance.
Issues: America's Wi-FiBroadband InfrastructureHigh Speed InternetRural Broadband

The Future of the Internet: 5 Ways America Will Benefit from Broadband Infrastructure

Twenty years ago, the idea that videoconferencing, streaming-on-demand, and mobile phones would become such an integral part of our lives would have been hard to imagine. Today, an internet connection is essential for education, work, communication, and entertainment in ways previous generations would have found hard to imagine.
Issues: America's Wi-FiBroadband InfrastructureHigh Speed InternetRural Broadband

A Deep Dive on SHARKFEST

It's that time of year when sharks rule not just the waters, but America's TV screens. Sharks have always been a fan favorite, and two cable TV networks are combining science and research with nonstop thrills and entertainment to teach audiences about these fascinating sea creatures. National Geographic kicked off its ninth annual SHARKFEST programming special earlier this week, which runs for a total of six weeks. Meanwhile, Discovery is in its third decade of Shark Week, with its 33rd annual production launching July 11 and running for seven days.

Outdoor Wi-Fi: As Communities Open Up, Internet Is Needed Everywhere

As we return to the parks, stadiums, open-air eateries, and other venues, demand for outdoor Wi-Fi is set to skyrocket. Let’s explore why access to outdoor Wi-Fi is so important—and how to ensure it is there for people when they need it.
Issues: America's Wi-FiHigh Speed Internet 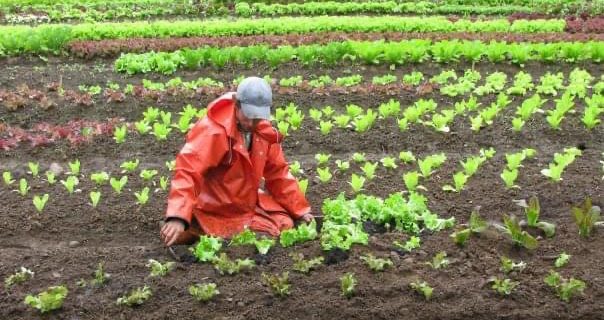 Farming and Broadband: 3 Reasons Why High-Speed Internet Is a Game Changer for Unconnected Farmers

Life on a farm conjures up idyllic images of communing with nature, working the land, and getting back to what’s essential. Increasingly, however, a successful farm is dependent on another factor: highspeed internet.
Issues: America's Wi-FiBroadband InfrastructureRural Broadband

June is Pride Month, a celebration of the struggles for justice of the LGBTQ+ community in commemoration of the Stonewall Riots of June 1969. It’s a time to take stock of how far we’ve come in creating a more diverse and tolerant society—and how far we still have to go.
Issues: Diversity on TV

More clearly than ever before, the last 15 months of pandemic crisis have demonstrated that broadband is not a luxury but a necessity, one that enriches education, improves social mobility, and increases economic growth. In honor of #WorldWifiDay on June 20, we’re offering seven stats that reveal the critical importance of broadband in our lives.
Issues: America's Wi-FiHigh Speed Internet
1 2 … 18 19 Older Stories