The Show Must Go On: How a North Carolina Theater Kept Spirits High During COVID-19 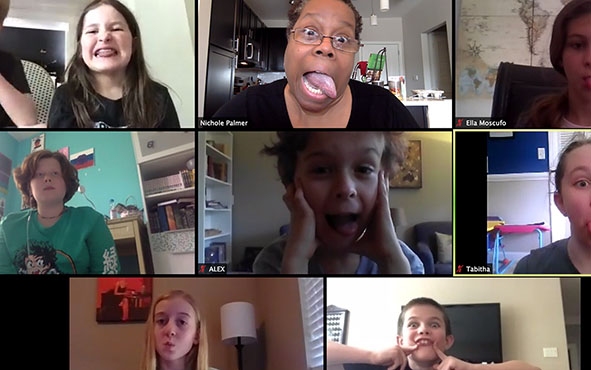 Although the COVID pandemic has been rough on many industries, theater, with its in-person performances and crowded auditoriums, is one of the areas that has been most affected. Across the nation, actors, companies, and venues have struggled with cancelled seasons and vanishing audiences while expenses, like rents and payrolls, have not disappeared.

In the finest spirit of theatrical improvisation, this has led many in the performing arts community to get creative, finding new ways to interact with audiences and keep the flames of their art – and finances – alive. One example of such an adaptation is the Davidson Community Players in the town of Davidson, North Carolina, which relied on a new communications strategy, powered by a strong broadband infrastructure, to reach and expand their donor base.

Keeping the Lines of Communication Open

Founded in 1965, Davidson Community Players is a nonprofit, volunteer-powered organization that produces six plays a season, together with children’s productions, summer stock, youth classes, and workshops. When COVID closed their doors in March 2020, followed by staff furloughs in June, leadership turned to the internet to keep the community intact. “We feel like our volunteers, audience members, and staff are truly part of the DCP family and as such, we wanted to keep the lines of communication open,” recalls artistic director Sylvia Schnople.

This outreach began with an initiative called “What’s Playing Wednesday,” a way to provide patrons with quality online theatrical performances they might have missed. Over time, as the theater has moved closer to re-opening, communications have become more theater-specific, with videos designed to inform, educate, and even entertain their patron base. These have included touches such as personal messages and “look-backs” to highlights from previous seasons.

Reaching Out – With Broadband’s Help

Since the patron base of the Davidson Players varies significantly in terms of age, they began tailoring their means of communication to their different demographics. For their general base, this has meant Facebook and Instagram, with an occasional posting to their YouTube channel; for the substantial group of older patrons who do not use social media, email has become an important channel. Fortunately, as all of their communications and performances moved online, the theater’s Spectrum internet service has been up to the task. “We have not had any issues with connectivity, and we would be lost without the internet and the various platforms it offers,” Schnople notes.

This tailored communications strategy has paid other dividends, as well. “Our patrons have overwhelmed us with their generosity, and many have increased their donation amounts,” says Schnople. “We have seen an increase in new donors since the beginning of the pandemic, which was unexpected but very appreciated!” The artistic director has little doubt as to the reason behind this: “We feel our constant communication has been the key to our increased fundraising success,” she concludes.

Opening the Doors, In-person and Online

The players eagerly look forward to opening their doors again this spring – beginning with outdoor performances before returning as soon as (safely) possible to the indoor stage. As they do so, one thing is certain: their enhanced use of email and social media outreach is certain to continue. And that’s a good thing for donors, theater-lovers, and the community of Davidson in general.

“Not only do we want to use the world of technology to sell tickets and fill out theatre, but we want to share our story with our base,” says Schnople. “We want to be a source of cultural enrichment and will continue to explore the best ways to get our message to our audience.” Thanks to North Carolina’s strong broadband infrastructure, this newly forged communications mission will definitely have an act two.

The Davidson Community Players kept their connections alive thanks to their Spectrum broadband service. To find out how you can get involved in the ideas that will power the future of these and other initiatives across America – including distance learning, rural broadband, privacy, and diversity – click here.

3 Ways Cable Providers Are Connecting Everyone to the Internet
The Latest: Cable Broadband & Digital Equity
Connecting The Unconnected: How West Virginia Broadband Is Expanding