Gamers rejoice! The annual E3 conference kicked off in Los Angeles this week, bringing buzz-worthy announcements and highly anticipated product releases. While gaming has always been a large industry, it only continues to grow. In fact, 75 percent of U.S. households now have at least one gamer, according to the Entertainment Software Association (ESA). Esports have also entered the playing field, with the industry expected to achieve an audience of 453 million and have a market of more than $1 billion globally by the end of the year. With more and more users, and new technologies leading to immersive gaming experiences, that market is set to continue expanding and driving innovation. 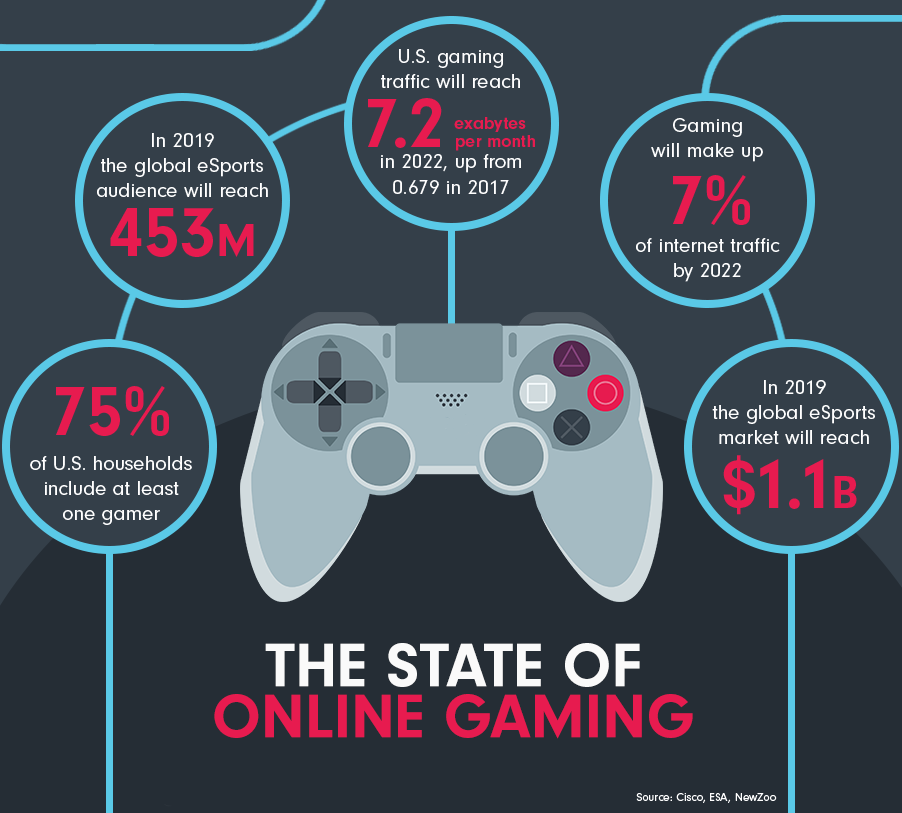 In 2017, gaming accounted for 0.679 petabytes (PB) of U.S. internet traffic (for reference a petabyte is a million gigabytes.) Thanks to the projected rise of cloud gaming and the increasing sophistication of games, that number is set to reach a staggering 7.2 PB by 2022. That massive volume of data is one reason why the 10G platform is necessary – the future of gaming depends on it. The high-capacity, low-latency networks made possible by 10G will allow gamers to instantly and seamlessly play without having to worry about lag or pings.

10G is a natural fit at E3. The broadband network of the future will deliver groundbreaking home internet speeds of 10 gigabits per second and drive further innovation in gaming. At E3, players from the Atlanta Reign, in the eSports Overwatch League, will stop by the 10G Lifestyle Pavilion to chat with host Malik Forte about the importance of super-fast internet to their own gaming and sign a few autographs for fans.

2019’s E3 is sure to be one for the record books. We’re excited for what comes next as America’s broadband internet leaders continue to invest in next generation networks to stay ahead of the curve.