Technology is Revolutionizing Everything About TV

Ten years ago, you had to choose between relaxing on the beach and catching the game back in the house. Today you can enjoy the sun without missing a minute of the action, thanks to new technology and streaming apps. But it’s not just about being able to take your entertainment with you (though that’s pretty groundbreaking); the television renaissance is starting to push the boundaries of the medium and challenge what we used to think TV could be. Once a sea of variety shows, sitcoms, and serial cop dramas, we now have interactive pick your own adventure style programs and shows that experiment in a way previously exclusive to live theater. Not only has TV broken free of the time schedule and living room, it has also shattered how we think about entertainment, and it’s all happened in the span of about a decade. 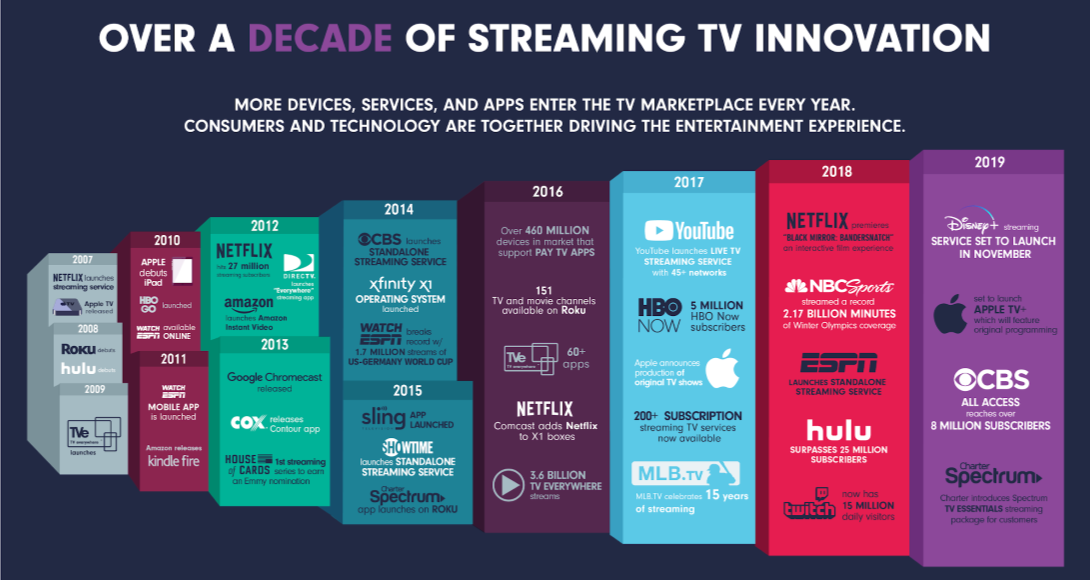 Technology has made it easier than ever before to make and distribute video programming. That means more services like Netflix and Hulu and more original scripted TV than ever before. More competition means more diversity, and not just diversity on screen but behind the camera as well. We see shows like Pose, Vida, and Shrill elevating once-excluded voices and empowering them to tell their own stories—resulting in some of the most captivating and powerful stories on screen.

Where will streaming TV go next? We see examples of programming expanding beyond the TV set already with Black Mirror: Bandersnatch and the massive success of Twitch combining video broadcasting with live gameplay. Don’t be surprised to see immersive entertainment in the coming years as VR technology becomes more widespread, and next generation broadband networks like 10G have the power to deliver them to your living room.