The Red Summer: A Century Later, Filmmakers Work to Uncover the Truth in Tulsa 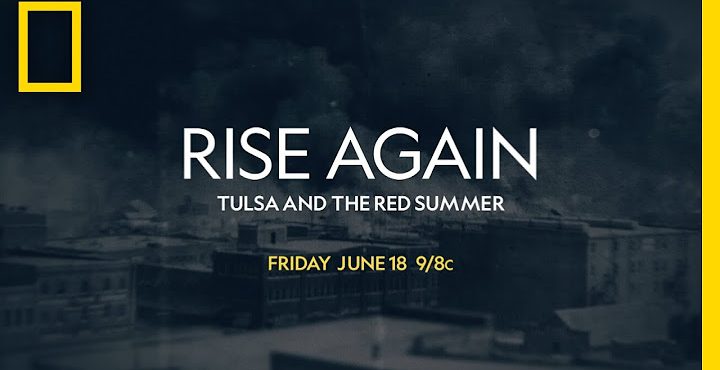 This week marks 100 years since the violent destruction of the Greenwood neighborhood in Tulsa, Oklahoma and the murder of hundreds of Black Tulsans during a two-day massacre. This tragedy and its aftermath are the subject of National Geographic’s upcoming documentary, “Rise Again: Tulsa and The Red Summer,” which premieres on June 18th to coincide with Juneteenth.

It Takes a Village

National Geographic teamed up with acclaimed director Dawn Porter to make “Rise Again”, which focuses on the work of Washington Post reporter and Oklahoma native DeNeen Brown as she searches for mass graves in Tulsa. By following local activists and journalists, the documentary draws a direct line between history and the present, and the lack of justice achieved a century later.

With access to family members of victims, city officials, archeologists, and historians, the documentary reveals the decades-long effort by descendants and community members to find victims’ bodies and unearth truths that have been suppressed for nearly a century. The documentary also untangles the role the media played in covering events at the time in order to reveal the full extent of the nation’s buried past.

A year after the historic protests that brought record numbers into the streets to protest white supremacy and police brutality in the name of George Floyd, Breonna Taylor, Ahmaud Arbery and so many more, these kinds of projects are critical to continuing the fight and to remember those who have been lost to brutal systems of oppression. By focusing on the work being done by neighbors in Tulsa, audiences get a better idea of what it looks like to reckon with the past and engage with history.

Giving A Voice to The Voiceless

“I’m interested in following the evidence where it leads, while giving a voice to those directly affected by the tragic events in Tulsa and throughout the ‘Red Summer,’ director Dawn Porter said. “This is the time to tell this story, which is not only about Black victims but also about Black resistance. There is so much our society is currently reckoning with – but seeking the truth about the damage wrought by unchecked mob violence against the Black community is a starting point. Sadly, the racism motivating the ‘Red Summer’ has not been eradicated. It is clear, we must acknowledge these wrongs if healing is to begin.”

A Chorus of Voices

HISTORY Channel also came out with a documentary earlier this week to commemorate the 100th anniversary of the horrific massacre, which it deems “one of the worst acts of racial violence in American history.” In “Tulsa Burning: The 1921 Race Massacre,” viewers get a glimpse of the city of Tulsa during that time period and how it went from being “Black Wall Street” and “the best place for African Americans” to its downfall after those two violent and tragic days. The film also examines the reconstruction period and the calls for reparations and justice a whole century later.

As the United States continue to reckon with long histories of systemic racism, projects like “Rise Again” and “Tulsa Burning: The 1921 Race Massacre” are critical to educating people and sparking conversations to advance the often difficult but critically important work towards racial and social justice.