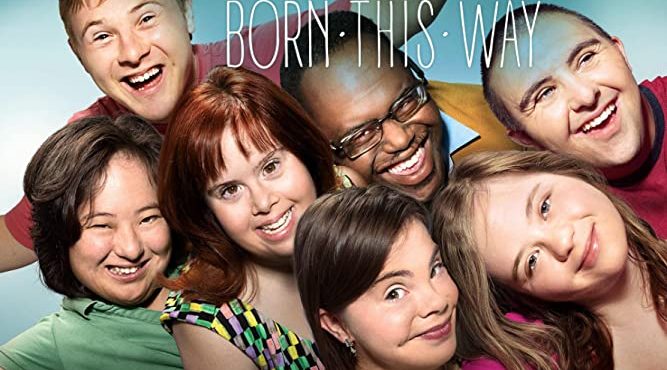 Every year, television networks and broadband providers converge in New York’s Times Square to celebrate and discuss diversity in their programming and within their companies. A week of conferences and educational sessions focused on a mission of sustaining diversity, equity, and inclusion across the internet, and media industries. Recently, an oft-overlooked area of diversity is gaining more attention in the industry: people with disabilities.

Once upon a time, actors portraying people with disabilities rarely appeared on television and film. And when they did, they were often confined to the one-dimensional or demeaning roles of victims or stooges. Over the past couple of decades, however, television has and continues to evolve in their exploration of nuanced, rounded disabled characters who are genuine and who experience and express their differences without being defined by them.

Here are a handful of shows that have put this kind of diversity into action.

An Emmy-winning reality series, A&E’s Born This Way followed young men and women with Down Syndrome and provided an intimate look at their lives. The show not only documented their struggles and challenges, but also their passions and interests. This included their relationships with family, friends, and romantic partners. “It’s not often that you get to make television like ‘Born This Way’ which has had such a positive impact on the world. The show unquestionably changed how society views people with Down syndrome and how people with Down syndrome see themselves,” said Executive Producer Jonathan Murray.

This Freeform Network series, written by and starring Australian comic Josh Thomas, tells the story of his alter-ego Nicholas, a twentysomething who winds up having to care for his two teenage half-sisters in Los Angeles – one of whom has autism. In her character Matilda, actor Kayla Cromer broke new ground by becoming the first person with autism spectrum disorder to also play a lead character with autism on American television. This wasn’t the only groundbreaking part of the show, however. During filming, Thomas himself discovered he was autistic. “I’ve decided to share this with everyone because the range of autistic people and characters we see in the media is very slim, when the autism spectrum is huge and varied,” he wrote on Instagram. “So, here I am, another version of an autistic person for people to see.”

In 2018, the star of Cruel Intentions, Legally Blonde, and The Sweetest Thing was diagnosed with multiple sclerosis (MS). In this upcoming documentary, which will premiere in theaters and on Discovery+, Blair lays it all out about her experience living with the disease. “A lot of people don’t feel safe ever really getting off their shoulders what they’re going through, and it creates a real rigidity and fear,” she said. “To hear that even just me showing up with a cane, or willing to talk about something that might be embarrassing…was a key for a lot of people in finding comfort in themselves that I’ve heard of, and that means everything to me.”

Airing on ABC from to 1989 – 1993, Life Goes On was the first primetime television show to feature a main character with a genetic disorder. Reflecting back on his role as Corky Thacher in the popular show, actor Chris Burke, who has Down Syndrome, says, “It really shows we all have different talents, and stick at what you’re good at. It’s not about performing disabilities. It’s about performing abilities. That’s the message.” And some exciting news for fans—a sequel to the show is apparently in development, but no one is quite sure of the timing or platform.

Tracing the adventures of the New Directions Glee Club at William McKinley High School, this iconic FOX series brought issues of diversity front and center, discussing race, sexuality, and disability through the format of musical comedy. Over the years, the ensemble cast featured multiple characters with disabilities, including Artie Abrams, a guitar player who was also paraplegic, and three different characters with Down Syndrome: Becky Jackson (played by Lauren Potter), Jean Sylvester (played by Robin Trocki), and Robin Sylvester (played by an infant Jordyn Orr). The show has been credited with putting people with disabilities in the spotlight.

How could we possibly leave out this legendary AMC series? When high-school chemistry teacher Walter White (Bryan Cranston) is diagnosed with lung cancer, he turns to producing and distributing crystal meth to provide for his family before he dies. Meanwhile, his son Walter Junior is struggling with cerebral palsy. This is something that actor RJ Mitte would know something about, as he suffers from a milder form of the disease in real life. Bullied as a child because of his condition, Mitte has since become a spokesperson for the Shriner’s Hospital’s anti-bullying “Cut the Bull” campaign.

Television is a powerful medium for shaping people’s ideas and breaking stereotypes. And when members of vulnerable groups see themselves represented onscreen, it often helps to empower them and to validate their identity and experience. A lack of diversity, on the other hand, contributes to lack of understanding, stereotyping and negative biases. To join our campaign to promote greater diversity on television, click here.